Sworn translations (also known as official or certified translations in other countries) are documents of an official nature that need to be submitted to a public body. To be considered valid, the translations must bear the stamp of the sworn translator who has carried out the work, together with the corresponding certification.

In Spain, the Ministerio de Asuntos Exteriores y de Cooperación (Ministry of Foreign Affairs and Cooperation) is authorised to grant the title of sworn translator for all autonomous regions that do not have co-official languages. In Catalonia, the Direcció de Política Lingüística de la Generalitat (Directorate General of Language Policy of the Government of Catalonia) is responsible for certifying sworn translators for the Catalan language; for Galician, it is the Secretaría Xeral de Política Lingüística of the Government of Galicia and, for Euskera, the Hizkuntza Politikarako Sailburuordetza (Deputy Ministry for Language Policy) of the Basque Government.

Which type of documents require a sworn translation?

There are countless situations in which sworn translations are required. For example, your company is bidding for an international tender; you’re going to work with a foreign company; you’re getting married and your partner is a foreign national; your son or daughter wants to do a degree abroad, etc.

We recommend that you contact the body or administration requesting the documentation to find out which sworn translations they require.

OUR SPECIALIST AREAS IN SWORN TRANSLATION

During our 20 years in the business, we’ve undertaken a wide range of different projects, but have particular expertise in providing sworn translations in these areas: 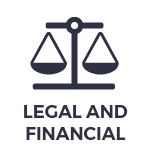 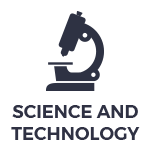 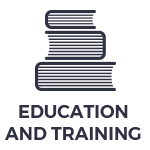 The time between providing a quote and delivering the sworn translation may be hours or several days depending on the characteristics and urgency of the project. However, every sworn translation project entrusted to us by our clients follows the same workflow. And we always deliver on time.

RECEIVE THE DOCUMENTS TO TRANSLATE AND THE REFERENCE MATERIAL

CARRY OUT THE TRANSLATION AND REVIEW

RESOLVE ANY DOUBTS AND SUPERVISE THE PROCESS

DELIVER TO THE CLIENT

WHAT DOCUMENTS DO YOU NEED TRANSLATED?

We use cookies so that you can enjoy the best experience on our website and know what interests you.

Some are strictly necessary for you to navigate the site with complete peace of mind. We want to respect your privacy, so we invite you to check which specific cookies we are using or to deactivate them in the
SETTINGS.

This site uses cookies to provide you with the best possible user experience. The information in the cookies is stored in your browser and performs functions such as recognizing you when you return to our site or helping our team to know which sections of the site you find most interesting and useful.

The strictly necessary cookies must always be activated so that we can save your cookie settings preferences and you can navigate the site with complete peace of mind.

If you disable this cookie, we will not be able to save your preferences. This means that every time you visit this website you will have to enable or disable cookies again.

We use Google Analytics for strictly statistical purposes, to collect anonymous information such as the number of visitors to the site, or the most popular pages.

Please activate the strictly necessary cookies first so that we can save your preferences.